Detects when an object is near to the phone. Most commonly used to sense when a phone is held up to the users ear to turn off the display. This saves both battery life and prevents accidental screen touches.

Accelerometers in mobile phones are used to detect the orientation of the phone. The gyroscope, or gyro for short, adds an additional dimension to the information supplied by the accelerometer by tracking rotation or twist.

An accelerometer measures linear acceleration of movement, while a gyro on the other hand measures the angular rotational velocity. Both sensors measure rate of change; they just measure the rate of change for different things.

In practice, that means that an accelerometer will measure the directional movement of a device but will not be able to resolve its lateral orientation or tilt during that movement accurately unless a gyro is there to fill in that info.

Accelerometers are also used to provide ‘steps’ information for a vendors ‘health’ application.

The digital compass that’s usually based on a sensor called the magnetometer and provides mobile phones with a simple orientation in relation to the Earth’s magnetic field. As a result, your phone always knows which way is North so it can auto rotate your digital maps depending on your physical orientation.

The barometer assists the GPS chip inside the device to get a faster lock by instantly delivering altitude data. Additionally,

the barometer can be utilized to provide ‘floors climbed’ information to a phones ‘health’ app.

With the advent of more accurate indoor navigation, the barometer can assist in determine what floor a user is on within an airport for example.

Additionally, biometric sensors can be used to collect a users heart rate and SpO2 (the estimate of arterial oxygen saturation) for use within a vendors ‘health’ application. 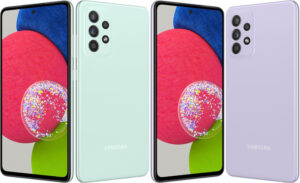